7. Injustice: Gods Among Us
This movie is scheduled to come out later this year. In the comics, Hawkgirl had a prominent role as a member of Superman's team, but for some reason, we see Hawkman in the trailer instead of Hawkgirl. Once again, it appears that he has no lines.

6. Justice Society World War II (2021)
Hawkman appears as a member of the Justice Society of an alternate universe. Instead of Hawkman, Wonder is the leader, and Hawkman seems to have some sort of friendship with Black Canary. Hawkman i actually given a few lines and has a couple of action scenes. He is killed off towards the end, of course. 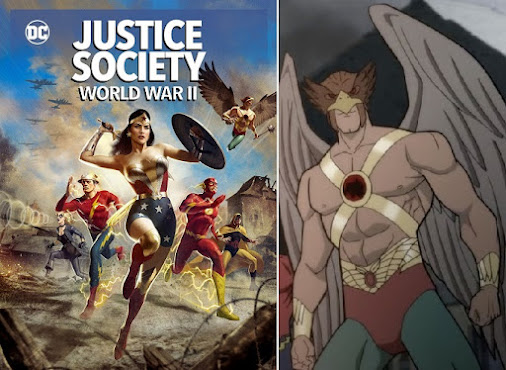 5. Justice League Dark: Apokolips War (2020)
Hawkman joins the Justice League in their attack on Apokolips but they are defeated and Hawkman is turned into a half-man, half-machine monstrosity. He has no lines during the entire movie.

4. Reign of the Supermen (2019)
Hawkman shows up again and is seen fighting the Cyber Corps but does very little else. No speaking lines. 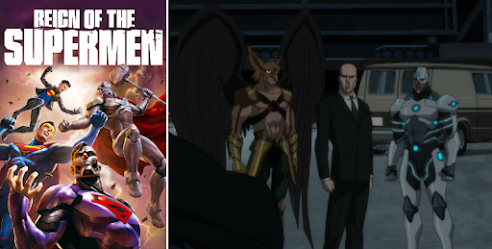 3. The Death of Superman (2018)
In his most prominent action scene since Public Enemies, Hawkman fights Doomsday but is eventually defeated. Despite his big action scene, he has zero speaking lines.

1. Superman/ Batman Public Enemies (2009)
Superman and Batman are outlawed by President Luthor and sends the superheroes after them. Many heroes fail to capture Superman and Batman, but Hawkman teams up with Captain Marvel to bring them in. Hawkman gives Batman more than he can handle, including a mace to the face. When Superman attacks him, Hawkman uses his Claw of Horus to knock out Superman. We later find out that Hawkman and Captain Marvel were working with Superman and Batman so that the later two could get into Luthor's hideout.