Discovering Nth Metal by Tim Board

Thoughts on the Nth Metal!

We've always heard about the Nth Metal and how it gives Hawkman the power to fly. But how fast? How does he control it? What other abilities does it give him? These sorts of questions are always bugging me so I've been digging around. Here is a list of all the abilities that Nth metal has shown over the years. I will continue to add to the list as other abilities show. When I add some new information and repost the article to the top of the blog. 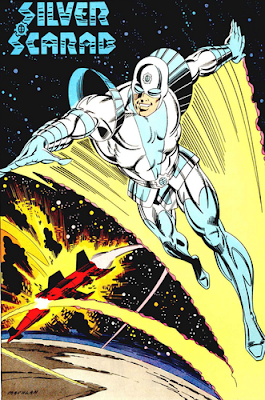 15. Gives you animal-like senses.
16. A wearer can shape and form into weapons or armor with adaptive features at their command.
17. Nth Metal weapons have the ability to function without the need for physical handling. Carter Hall showcased such effects through his Mace by making it fly around in whatever direction he willed it to.
18. Nth metal has the power to absorb and store vast quantities of energy for later redistribution.
19. The metal can greatly enhance a user's powers.
20. Nth Metal has the capacity to influence those who venture near it and it can also manipulate others' actions and decisions.
21. The metal has the capacity to adjust in order to better aid its wearer with new abilities.
22. Nth Metal can be used to travel back & forth through history in order to contact your past life.
23. Hawkman utilized it to call an army of his past incarnations across reality to battle against the Deathbringers.
24. Nth Metal can allow the wearer to go without sleep for days, even weeks.
25. The metal can give the wearer super-vision.
Legion Flight Rings 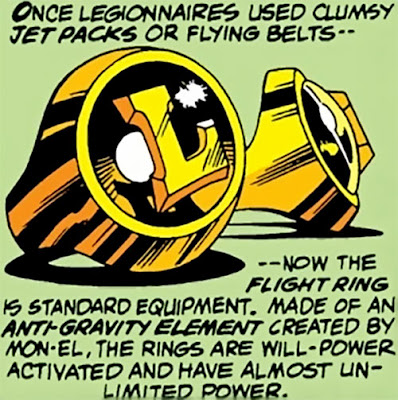 There are also some clues about the metal when we look at the Legion of Super-Heroes flight rings. This ring was invented by Braniac 5 and Invisible Kid or Mon-El by using an alloy of the Nth Metal called Valorium. Here are the abilities the wearer gets from a Legion Flight Ring.
1. The rings are activated by conscious willpower.
2. The speed of flight depends on the wearer's willpower.
3. The wearer will remain suspended in flight if they are unconscious.
4. Some possibly apocryphal sources claim that wearers of the Flight Ring can “link” together and travel at the speed of the fastest linked character, allowing them to keep up with characters with superspeed.
5. The ring allows flight at supersonic speeds. Need and willpower can trigger a proportionate response from the ring, allowing even greater speeds for a short period of time.
Information Sources:
DC Database: http://dc.wikia.com/wiki/Nth_Metal
Legion: http://dc.wikia.com/wiki/Legion_Flight_Ring
Comic Vine: http://comicvine.gamespot.com/nth-metal/4055-47346/
Comic Vine:  http://comicvine.gamespot.com/…/vibranium-vs-promethium-vs…/
Comic Vine:  http://comicvine.gamespot.com/…/nth-metal-defining-its-pro…/
DCU Guide: http://www.dcuguide.com/who.php?name=nthmetal
Omnipedia: http://moa.omnimulti.com/Nth_Metal
From Torchwood Institute: http://whatis.suburbansenshi.com/index.php/Nth_Metal
DCAU Resource: http://www.dcauresource.com/profiles/objects/n/nthmetal.php
DC Database: https://dc.fandom.com/wiki/Nth_Metal
Simply put, Hawkman's Nth Metal is one of the most amazing and powerful weapons in the DC Universe. Together with Hawkman's experience, mental and physical strength, and knowledge, Nth Metal clearly makes Hawkman the premier aerial warrior of the DC Universe!
Posted by Tim Board at August 22, 2021