Welcome to Hawkworld! This blog is to celebrate all things associated with the iconic DC Comics characters Hawkman and Hawkgirl. My name is Tim Board and I have been a Hawkman fan since 1977. Ever since my first encounter with Hawkman on the back of the 1976 DC Calendar, Hawkman has been my favorite superhero. There have been times when I fell away from comics; during college, during my language studies in Japan, or raising a family. But every time I picked up a comic book, Hawkman has always been the hero I look for, and the one who makes my heart beat faster.

At the end of 2015, I started to have more free time to pursue my interests and I decided to really get back into comics. Hawkman and Hawkgirl did not have a comic then, so I decided to start a Facebook group to bring Hawkfans together and enjoy our favorite winged heroes together. The group was started on January 15, 2016, and quickly grew, and in six months we had over 3,000 members. We are currently approaching 6,000 members!

Right after starting the Facebook group, I started up the Twitter Hawkworld and Instagram Hawkworld accounts. Twitter is quickly climbing towards 7,500 followers and Instagram currently has over 1600 followers. This blog was started in April of 2017 and made public on November 10, 2017, the 78th anniversary of Hawkman an's first appearance in Flash Comics in 1939.

One of the greatest thrills has been to be joined or followed by the creators of past Hawkman comics. Writers like Bob Rozakis, Tony Isabella, Jimmy Palmiotti, Peter Tomasi, Robert Venditti, or artists like Alex Saviuk, Richard Howell, Alex Ross, Rags Morales, Joe Prado, Joe Bennet, Bryan Hitch, and many other writers, artists, editors, and creators of Hawkman comics have joined Hawkworld. It is a thrill and honor to be able to talk with the creators about their past or current work, and it's something I never imagined possible when I was a kid.

When I first started the group, it was called Hawkman Winged Wonder, but I wanted a name that included everything Hawkman. I always loved the name Hawkworld, so I contacted Tim Truman, who is a member of our Facebook group. Even though DC Comics owns the rights to the name, I wanted to get the OK from the man who created the amazing Hawkworld series. He graciously told me to go for it, and since the summer of 2016, we have been Hawkworld.

This is a group to celebrate and enjoy the stories and adventures of Hawkman and Hawkgirl, to share our thoughts, stories, experiences, cosplay, collections and anything else that brings us joy. Tell us how you discovered Hawkman or Hawkgirl, or what you love about the characters in the comments below! Let's show what an amazing fanbase Hawkworld has! I hope you enjoy the blog, Facebook, Twitter, and Instagram sites, and let's celebrate the iconic Hawkman and Hawkgirl together! 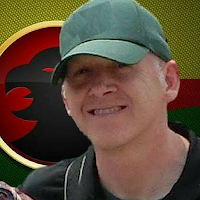