Board Review of Hawkman No. 26: Hawks Eternal Conclusion: Death of a Thousand Hawks 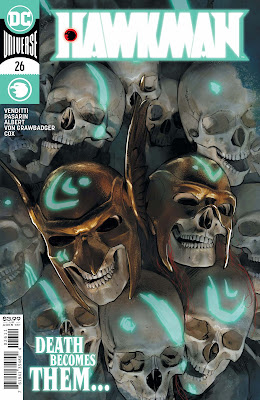 The soaring journey of exploration and discovery across time and space with Hawkman and Hawkwoman has come to an end, and another has begun. What an amazing journey it has been so far. Starting from the islands of Greece, we saw ancient Egypt, the Feitheran's Dinosaur Island, the floating cities of Thanagar, Atom's Microverse, the Hawktastic Soarship, the destruction of Krypton, a battle for Earth over London, an endless war on Nebulen, the dark Shadowlands, the familiar Midway City, the gargantuan tomb of Titan Hawk, and finally the temple of the Lord of the Void on Qgga. 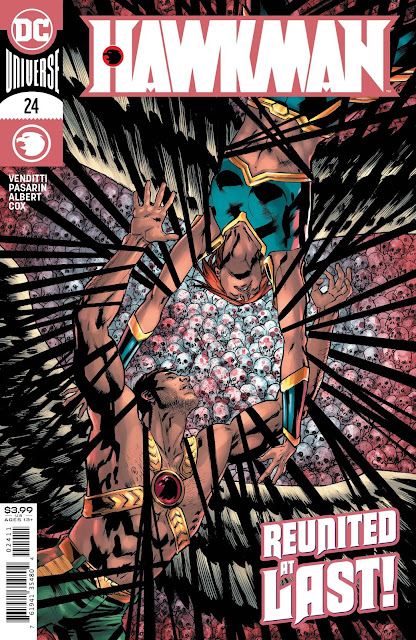 Board Review of Hawkman No. 22: Death's Doorway: From End to Beginning

Intense! There have been many Hawkman comics over the years that made me hold my breath as I read them. The Hawkworld series by Tim Truman and the Return of Hawkman in the JSA series by Geoff Johns come to mind. This issue was at that level. It was an intense story with the Sky Tyrant story seemingly approaching the climax.

Board Review of Hawkman No. 21: Death's Doorway Part Two: The Key 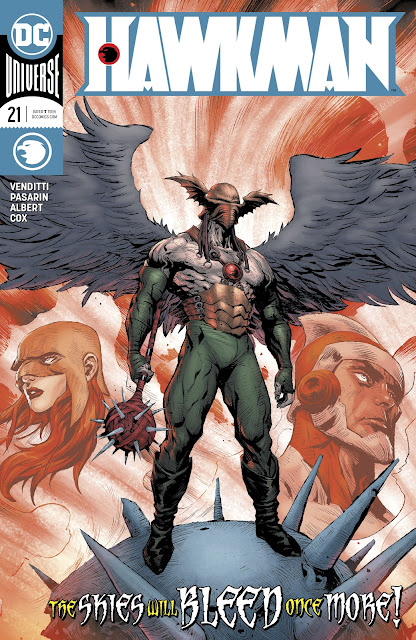 Great Polaris! That was fun! Hawkman No. 21 continues the Sky Tyrant saga and this issue was a blast. At the end of the last issue, we were on an unnamed planet where a key is locked away and guarded by a huge, we’re talking gargantuan, guardian of the grave of one of Hawkman’s former lives called the Titan Hawk. Sky Tyrant wants this key to unlock a weapon that will cause widespread death across the universe and ensure that his reincarnating will continue forever.
Read more »
Posted by Tim Board at February 13, 2020 No comments: