Hawkman Vol. V kicked off in June 2018, and for two and a half years, Hawkfans were treated to one of the best series in the 81-year history of Hawkman and Hawkwoman. Sadly, the series has been canceled and will end with issue No. 29. The final issue will be released on November 10th, which just happens to be the 81st anniversary of Hawkman's first appearance in Flash Comics No. 1, released back in 1939. To celebrate a great series and the anniversary of two great characters, I've created a tribute collage to remember most of the great moments in the series. I started work on this back in April 2020, but after hearing about the cancellation, I sped it up and finally finished it. Under the collage is the list of all the artists who contributed to this great series. It's my way of saying thank you for giving us such a great book that the fans can enjoy for many years to come.
Note: If you want a pdf file of the collage, post your email in a comment or send me a private message on Twitter or Facebook. 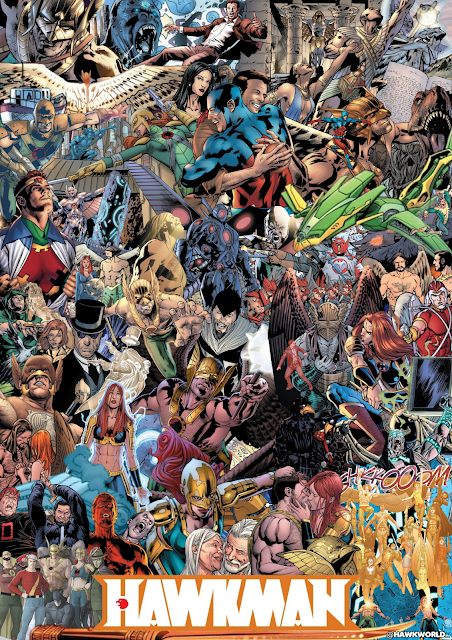 To every single person who had a hand in creating this series; Thank you.