Board Review of Hawkman No. 17: Darkness Within: Black Mantle

Hawkman has been a hero who always seems to have a rage inside of him. We've seen stories where the rage came bursting out in full force. And when it's a character who carries around a spiked mace, the end result can be brutal. In the climax of the Shadow Thief story, we see it once again. 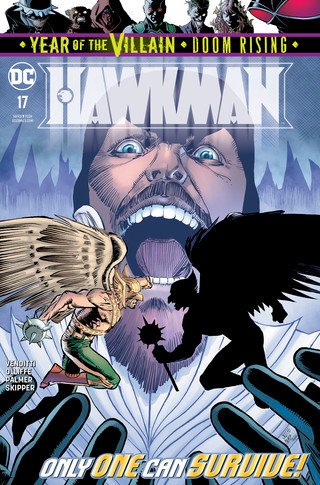 In the past, we've seen Hawkman go mad with rage for different reasons; when he thought Shayera was lost to him, when he wasn't ready to accept his love with Shiera as a thing of the past, or when he saw an unacceptable injustice happen. In the current storyline, we see Carter Hall begin to give in to the rage inside of him. But where is this rage coming from?
The Hawkman of the current series by Robert Venditti seems different. He has appeared to be more controlled, more relaxed, and more accepting of his situation. He does have a sadness about him, as he continues to try to find out who he really is, and as he goes on alone without Shiera. Perhaps his past as a murderous general continues to haunt him, despite all the good he has done. His past and the real threat of reverting to what he was in the beginning may be where he gets his strength to stay in control.
Venditti's writing continues to be the most fascinating part of this comic. As he lifts up his mace for a blow, he yells, "Punishment is here for you on swift wings!" If that isn't a perfect battle cry for Hawkman, I don't know what is. Hawkman is the superhero of flight, and the way Venditti puts references to Hawkman's primary ability in the comic brings a smile to my face. I'm sure I'm not the only one. 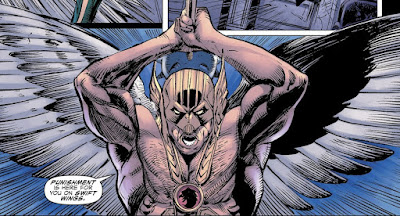 The art by Patrick Olliffe and Tom Palmer is consistent and they work with the shadows well. Jeremiah's colors continue to be great. He uses the colors to make a forboding Shadowlands without making it just a black backdrop. I'm left wanting to see more of this dark place. I do wish the lines were tighter at times, but that's just a small grumble.
The Shade appears to realize what is happening to Carter, so I'm wondering if he will come back to Carter or even go get the help that he needs. He did read Carter's journal so maybe no one understands Hawkman or knows how to help better than the Shade at this moment.
His battle against Shadow Thief was brutal on both sides, but the ending to this issue makes it appear as just a sample of what lies ahead.  When a comic book makes you check when the next issue is out, it's a sign of a good comic book. And ladies and gents, Hawkman is a good comic book. 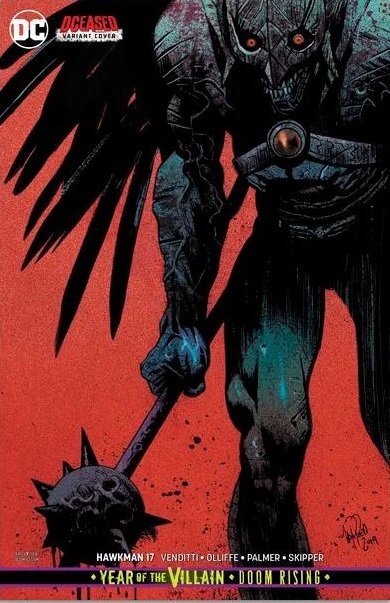