Hawkman is going to be one of the six heroes who are "infected" by the Batman Who Laughs in a DC Comics event this fall. Here's the cover for Hawkman No. 18 (out on November 13th) by Tyler Kirkham introduces us to Sky Tyrant, the evil Hawkman of Earth-3. I'll revise this post as he makes other appearances! 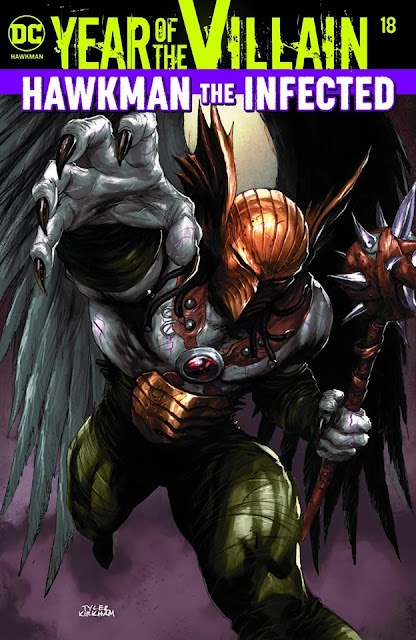