Hawkman Day is coming up on November 10th! This will be the 79th anniversary of Hawkman's first appearance in Flash Comics No. 1, released on November 10, 1939, and also the third annual Hawkman Day at Hawkworld! It's time to announce all the events that Hawkworld will be doing for the occasion. If you have a site or channel that will be doing something about Hawkman for the occasion, send me a message and I'll add your site's link to the list below and also on the Hawkworld Twitter and Facebook sites!

Comic Book University
Major Spoilers
Geek Genie
Comics Nexus
ComicManJake
The Comic Source
DarkNightNation
13th Dimension
When It Was Cool
I will add more sites as I get confirmation that they are doing something for Hawkman Day so check back!
Now to announce what Hawkworld will be doing! Check below!
1. Hawkman writer Robert Venditti will be a guest on The Comic Source with Jace Milam to discuss Hawkman and the book! The interview is scheduled to be released on Hawkman Day so don't miss it!
2. Hawkman No. 6 Giveaway Contest! I'll be doing a contest on both Twitter and on Facebook for the followers/members to win a copy of Hawkman No. 6 that will be released on Nov. 14th! For Twitter followers, just post #HawkmanComic6 in a tweet and you're entered for the contest! For Facebook Hawkworld members, just add a comment to the contest thread and you're entered! I usually announce the winners on the morning the comic is released, but for this issue, I will announce the winners at 9 p.m. EST on Saturday, November 10th. The comics will be sent from Altered Ego Comics in Orange Park, Florida. 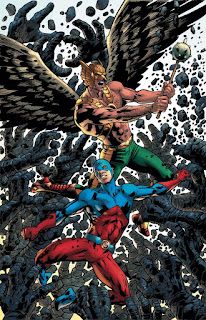 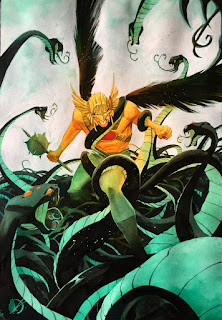 3. Hawkman Companion Giveaway Contest! Back in January, we did a contest on Facebook for the Hawkman Companion book by Doug Zawisza. This book was published in 2008 and is a fantastic read on the history of Hawkman and it is a must for any Hawkfan! For this event, I'll be doing a contest for the book on Twitter. Just tweet #HawkmanCompanion2018 and you're entered! I will announce the winner at 9 p.m. EST on Saturday, November 10th. 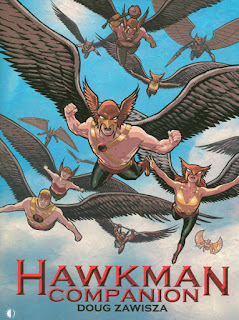 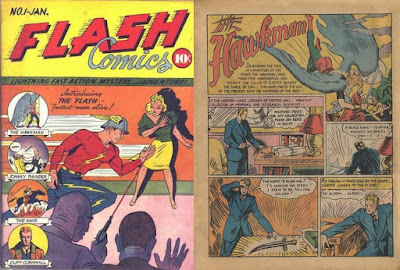 5. I'll be posting an article about Hawkman Day here on this blog as well.
6. I have always wanted to have a commission of the Flash Comics No. 2 cover done in modern day style. This is the first cover to feature Hawkman and it was done by Dennis Neville back in 1939. Prentis Rollins graciously accepted to do it for me and the finished art is AMAZING! I'll be sharing that on Nov. 10th as well!
7. And the best for the last! There will be a contest for a Hawkman sketch by none other than Bryan Hitch! On Friday, November 9th, a hashtag will be announced on Twitter. Fans of the new Hawkman series can tweet about their favorite thing about the new series! It can be the art, a certain panel, a quote, a cover, or anything else you are enjoying from the series! After Hawkman Day, Hitch, writer Robert Venditti and Hawkworld admin Tim Board (yours truly) will choose a winner from the posts! Stay tuned for the hastag announcement on Hawkworld_ on Friday!
8. There are some other things in the works and I'll be adding them as the details are set. Share this with your friends and let's make an awesome Hawkman Day!
Posted by Tim Board at October 24, 2018