An Open Letter to Gardner Fox

Dear Gardner Fox,
On the occasion of your 108th birthday, I wanted to write an eloquent article, describing your amazing abilities and the work you left behind. After several rewrites, I finally gave up. I’m afraid I’m not eloquent enough to do a proper article to mark the occasion. So instead, I’m writing this letter to express what your work means to me. This I think I can do.
It’s been over 31 years since you passed away. I was 22 at the time, mired in graduate work, and oblivious to the fact that one of the greatest writers in comic book history had passed away. After my circumstances started giving me some leeway to enjoy comics again, I discovered that you were no longer with us. Even if we had actually met, I have no idea how I would have interacted with you or what I would have asked you. It definitely would have been something about Hawkman, my favorite superhero character.
My first discovery of Hawkman was not in one of your stories or comics. But after I fell in awe with the hero, the desire to know who created him grew. After discovering and reading your stories of the Silver Age Hawkman, I have always been amazed at the sophistication of the character. In the past, the character has been depicted as a battle tank, a brawler, and a character who flies in head first and worries about the outcome later. That’s fine and all, but the Hawkman you gave us, an alien police officer named Katar Hol from the planet Thanagar, was an intelligent hero. He used his knowledge and experience, his aerial abilities and his partnership with his wife Shayera to defeat evil and overcome all problems. I loved this character and I have to admit that I often wished to be Hawkman, a museum curator in his daily life, the superhero of flight when he needed to be, and with the beautiful and equally competent Shayera by his side. This was my dream life. I did find my beautiful and much more competent wife to be by my side so I’m content with that blessing.
Then I discovered the Golden Age Hawkman. This Hawkman is hard to come by and it took a while to find the stories. The Golden Age Hawkman is different. Carter Hall is a bit brash, rough, and a take-no-prisoners kind of hero. The one thing that stands out for me is that its pure fun. “Fly, do not run, to the nearest exit”, says Hawkman as he tosses the robber head over heels out the door. I often laugh out loud reading a Hawkman story from Flash Comics or All-Star Comics. I have to be honest that I am often surprised by the differences in Carter Hall and Katar Hol. But it just shows the range you had in writing characters and your effort to give the readers what they wanted during the various times.
I often wonder about the life of a comic book writer and I imagine it is not an easy life. The pressure of coming up with stories, the constant deadlines, the young writers with new ideas, and many more things I have no idea about. It seems like a thankless job at times. If the fans don’t like your work, they want someone new. If they like your work, they want something bigger and better next time around. I think you would need a really strong support base to lean on at times. Perhaps your family supplied that base for you. That would probably be something I would have liked to talk to you about. When you push all the extra stuff aside, that’s the most important thing at the end of the day.
I mentioned that the job of a writer must be a thankless one, but I’d also like to tell you that you will always have fans who are thankful to you are giving them so many wonderful characters and stories to enjoy. One of the things that is so appealing to comic books fans is that we can learn something from our heroes. When they succeed or when they fail, we see ourselves in the hero and we can learn from it. We see our hero fall but then we are encouraged when we see him rise up again. I personally am thankful for the character of Hawkman that you gave to me. The character is a joy for me to read; to see him fly across the pages, and to follow his adventures from comic to comic. Through the character, I’ve also been able to meet many other writers, artists and fellow fans who get the same inspiration from the character that I do. That’s one of the best things about being a comic book fan.
So Happy Birthday, Mr. Fox, and thank you for all the wonderful adventures and thrills you’ve given me in my lifetime. You are no longer with us, but every time I open up a Hawkman story you wrote, or a Hawkman story written by someone else, you are there, ready with another story. Your stories and characters have allowed me to stay young at heart, and for that I will always be thankful. That’s probably what I would want to say the most.

Thank you for giving so many fans the ability to soar, 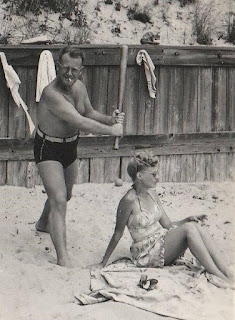 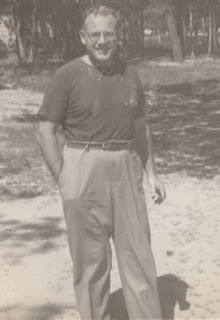 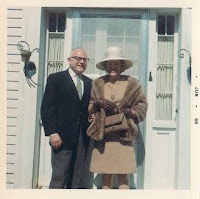 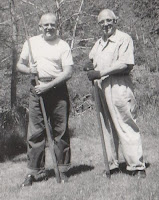