Hawkman and the Hostess Snacks Ads 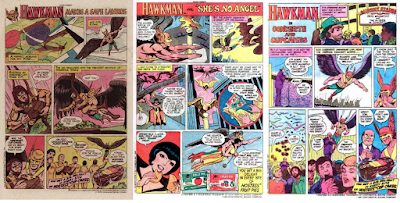 Anyone remember those ads for Hostess Snacks in DC and other comics? They usually featured one of the heroes overcoming a villain or situation with one of the Hostess Snacks. It was silly but a lot of fun and many comics fans remember them fondly. I read somewhere that there was an agreement that the hero would never be seen actually eating the snack in the ads. Between 1975 and 1981, there were over 350 of these ads. Here are the three that Hawkman appeared in:
Read more »
Posted by Tim Board at May 16, 2021 No comments: