By Tim Board, Hawkworld

Lately, DC Comics has been designating specific dates on the calendar to celebrate their iconic heroes. June 12 has been officially declared Superman Day by DC Comics. Batman has been given September 15, while Wonder Woman Day is on June 3rd. DC Comics recently had many iconic heroes pass the 75-year mark, and it was a great idea to designate a day to celebrate the heroes' creators, writers, artists, and comics over the years. Fans joined in the celebration by sharing their favorite comic, art, story, TV appearance or movie. It was also a good opportunity for DC to put out something special for the fans of the characters. 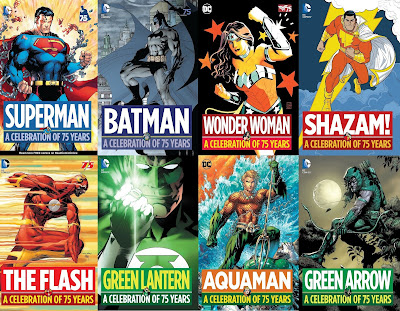 Hawkman is one of the iconic DC characters that have stood the test of time. While the character has seen some rough times in the past and is not yet what you would call an "A-list" hero of DC Comics, there is no denying that Hawkman is one of the most iconic characters in DC's line up. The appearance of the hero alone is hard to forget, and even if you have never read a Hawkman comic, most Americans can probably identify the character. At comic book conventions like the San Diego Comic-Con, Hawkman cosplayers like Andy Holt are getting a lot of attention and are often among the most talked about cosplayers at the events.
I propose for November 10th to be designated as Hawkman Day. Why November 10th? On this day in 2019, Hawkman will reach the age of 80. It was on this day in 1939 when Flash Comics No. 1 was released and Hawkman made his first appearance. It would be a great opportunity for DC Comics to celebrate and promote one of their greatest heroes. Hawkman has recently returned to comics in a big way, with writer Robert Venditti and artist Bryan Hitch teaming up to give us a great comic that has been getting rave reviews. Many fans are discovering the fun and exciting potential of the character and there have even been some rumors about a Hawkman and Hawkgirl movie in the works. Hawkman recently made an impressive appearance in the popular "The Death of Superman" animated movie, so many new and young fans are wanting to know more about that winged hero.
The date is still about 15 months away, and it would be a great idea for fans and comic book sites to get together and propose the idea to DC Comics. It's been 10 years since Hawkman Companion by Doug Zawisza was published, and a follow up book would be a great opportunity for DC Comics to promote the hero.
Comic book sites can have their Hawkman writers start writing up articles to lead up to the event, and even post a list of links to past Hawkman articles that the fans would enjoy without having to search for them. Podcasts can reach out to current and past Hawkman creators to talk about their experience with the hero. There are many Hawkman fans out there who would jump at the chance to write or talk about their love for the character, so the sites could reach out and get their Hawkman fans to post something. Hawkworld will be promoting the day with the hashtag #HawkmanDay and continue to post and tweet about the event over the next year.
Big things are happening for Hawkman. A year ago, he didn't have a comic and there were only slight rumors of one. Hawkgirl was also missing in action. Now we have a top-rated Hawkman comic, Hawkgirl is a member of the bi-weekly Justice League comic, both characters are starting to appear in other DC Comics, and Hawkman has appeared in a DC animation movie. Hawkman is making a comeback and what better way to really get it going than to designate a day to celebrate the most iconic winged hero with all DC Comics fans.
Hawkman fans, feel free to share this article, write your own, promote the idea and let's show DC Comics that giving Hawkman a day in the calendar would be a great way to bring Hawkfans together and introduce the hero to new fans! Hawkworld will doing some things to celebrate Hawkman Day this year as well so stay tuned. And don't forget that for true Hawkman fans, every day is Hawkman Day!