From Brightest Day to Savage Hawkman to Venditti

From Brightest Day to Savage Hawkman to Venditti by Tim Board

With the announcement of a new Hawkman series starting in June 2018, the excitement and anticipation levels are rising in Hawkworld. Hawkfans have had quite a turbulent flight the last seven years, and there is hope that the future will finally bring some answers and the stability that they have been searching for. 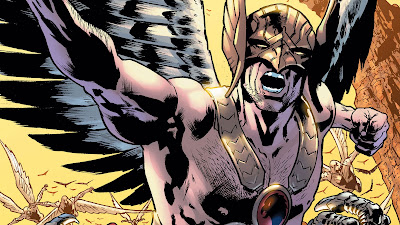 The Hawkman series by Geoff Johns and Rags Morales is considered by fans as the greatest Hawkman series in many ways. There were great stories, the continuity of Hawkman was brought together in a brilliant way, and the art was some of the best fans had ever seen. However, all good things come to an end, and after Vol. 4 ended in 2006, it’s been rough going for the Hawks.

Hawkgirl picked up where Hawkman ended, but the run only continued for 17 issues and was canceled at the end of 2007. After that, the Hawks were featured in the Trinity, the Rann-Thanagar Holy War, Blackest Night and Brightest Day series. The Brightest Day series ended with Hawkman (Carter Hall) grieving for Hawkgirl (Shiera Hall) who had been turned into an Air Elemental. And then suddenly, they were gone. The New 52 happened, and the Savage Hawkman series began.
This new series had absolutely nothing to do with Carter or Shiera Hall, and completely ignored the cliffhanger from the Brightest Day. The series started off well enough, but after issue 8, the writing and art started changing hands repeatedly and lost all momentum, if there ever were any. Was it Carter Hall or Katar Hol? Who was he and why was he doing whatever he was doing? Shayera was evil and then she wasn’t but then she died. The series did give us some new versions of old villains and some very interesting new ones, but it was canceled after only 21 issues in 2013.
Meanwhile, a whole new version of Hawkgirl (Kendra Munoz-Saunders) showed up in the Earth 2 Society series but that ended in 2017. Hawkman went on to the Justice League of America but it fizzled out after only 14 issues, although it did give us one of the greatest pages in Hawkman history in issue No. 2.
Hawkman then went over to the Justice League United where he was killed off in issue No. 3. Next, we found him in the New 52 Futures End series, where the writers were set on ridiculing the character whenever they had the chance.
The Convergence Hawkman 2-issue series was a great treat with Timothy Truman doing the Hawks again but it was over too soon. Jan Duursema gave us an absolutely badass version of an evil Hawkman and Hawkwoman that left us rooting for the bad guys in Convergence Nightwing, but again, only two-issues.
On TV, Hawkman showed up for four episodes of Smallville. Michael Shanks delivered what many Hawkfans to be the best live action Hawkman to date (out of a choice of three), but as is expected for Hawkman these days, he was killed in the end. The less said about the debacle of Legends of Tomorrow the better, as Hawkman was promoted for four months, only to be killed off in the pilot. The fans were subjected to a continuous “Will he come back-When will he come back-How will he come back” for weeks. He finally showed up for a few more episodes at the end. Hawkgirl was constantly thrown together with whoever was available (Cisco-Hawkman-The Atom) as if she couldn’t manage things on her own. Writer Marc Guggenheim said they had no more stories to tell and wrote them off 10 seconds before the Justice Society showed up. Ciara Renee and Falk Hentschel did the best they could with what they were given, but Meryl Streep and Daniel Day Lewis could not have saved that level of writing skills.
In 2016, we saw Hawkman humiliated again in Bat-Mite, and we got a special treat in the Scooby Doo Team Up in issue No 17 by Scholly Fisch and Dario Brizuela. That was a lot of fun and very refreshing. Then in June 2016, DC Comics got their Rebirth promotion started with an incredible promo pic by Ivan Reis. Sixty-three heroes were featured in the picture and incredibly, neither of the Hawks were included. This may have been the low point and left many Hawkfans wondering when or if DC would bring the Hawks back. 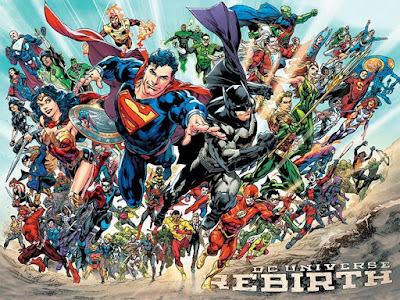 Hawkman’s return was announced in a 6-issue series with Adam Strange titled “Out of Time,” but two weeks before the first issue, the series name was changed to “Death of Hawkman”. After being killed off in the comics and TV no less than nine times since 2008, it’s needless to say the title lacked suspense. “Oh. They are killing Hawkman. Again.” The series was entertaining and had its moments. There was also a tease of Hawkwoman on the cover of Issue No. 5 but she was no where to be seen in the book. That irked many Hawkgirl fans. And as promised, Hawkman died and we were left with a promise that it was not the end. That was over a year ago and we’re still waiting for that one.
Finally, the news came out about Scott Snyder’s Metal series. But wait. A series about Nth Metal and..... Batman? Batman taking over the thing that gives Hawkman his powers was not exactly what Hawkfans had been waiting for, but Scott Snyder graciously sent me a message around the time it started that he would deliver in the end. I’ll admit after all the stuff that had happened so far, I was skeptical. Jeff Lemire was slated to take over a Hawkman series, but then took The Terrifics book. The Metal series was coming to an end and there was still no word on what would happen to the Hawks after the series was over. I’ll admit I was starting to look forward to the new Thor series starting this summer more than anything DC was coming up with.
Then came Wednesday, March 14th. It was 2 a.m. Thursday morning Japan time and my Hawk sense must have been tingling since I woke up for some reason. I reached over to check the time on my smart phone, clicked on the news app button and there it was. Washington Post’s David Betancourt’s article announced that “Hawkman will return to his own series from DC Comics this summer.” I sprung out of bed and it’s been a whirlwind since.
Robert Venditti and Bryan Hitch will take the Hawkman title in June. Venditti has done amazing work in many series including X-O Manowar and the recent Hal Jordan and the Green Lantern Corps. Bryan Hitch pulled off IMHO one of most beautiful Hawkman comics in the 78-year history of the character in December’s Metal spin-off one-shot Hawkman Found. Not only was DC Comics bringing the Hawks back, but they were giving the character an A-Team to do it. The euphoric moment didn’t stop there. We found out the next day that Scott Snyder would be bringing Hawkgirl back in a new Justice League series starting in June as well. 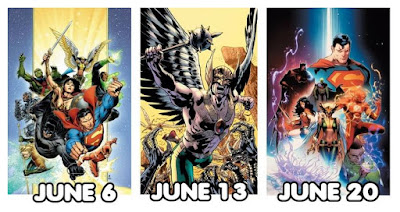 It’s been a pretty rough seven years for Hawkfans, but it looks like Hawkman and Hawkgirl are being given a chance to fly again. You can read about the 13 things I am hoping for the new series here. Whether they keep flying is not only the job of Venditti and Hitch, but it also rests on us Hawkfans. Hold off on that cup of coffee for a couple of days and put the Hawks books on your pull lists. Support the book and tell your friends about it. Order the book through your local comic book store. Show DC Comics, Venditti and Hitch your support and enthusiasm for the book. Let’s get this new era of Hawkman started off with a bang and keep it going. And many Hawkfans including myself would like to give a great big thank you to DC Comics and Scott Snyder for giving Hawkman and Hawkgirl another chance. Let’s keep the Hawks flying! 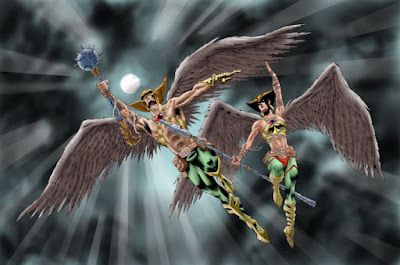