Finally! Washington Post announced on March 14, Wednesday that DC Comics will be starting a new Hawkman series on June 13th. The writer will be Robert Venditti (Hal Jordan and the Green Lantern Corp) and the art will be done by Bryan Hitch (Hawkman Found), Andrew Currie (Justice League) and Alex Sinclair (Hawkman Found! 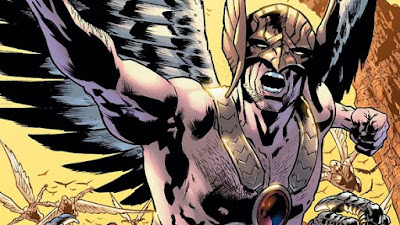 Hawkman will be flying into his own new comic book from DC Comics later this summer.The new series, partly inspired by Hawkman’s role in the current miniseries “Dark Knights: Metal” and DC’s desire to once again make the character a major player in the DCU, will debut in June and will be written by Rob Venditti and illustrated by Bryan Hitch.“Hawkman is a foundational character in the DCU. Over time I think he’s lost some of that central importance to the DC universe, and we really want to bring that back and make him a marquee character,” Venditti said. “And to do that, we’re going to take him to a lot of unexpected, unexplored places and introduce a lot of new mythology for the character.”

Check out the full article here!